Softaculous is the leading Auto Installer having many great scripts and there are still more being added. These scripts allow you to do many things such as manage the updates, backups, restore of your website. Softaculous is widely used in the Web Hosting industry and it has helped millions of users install applications by the click of a button.

350+ scripts and still more in the making!

Softaculous is a great Auto Installer having 350+ great scripts and we are still adding more. Softaculous is ideal for Web Hosting companies and it could give a significant boost to your sales. These scripts cover most of the uses a customer could ever have. We have covered a wide array of Categories so that everyone could find the required script one would need to power their Web Site. The best part is we keep on adding new scripts which we know will satisfy the needs of a User.

Softaculous gives much faster updates of the scripts it maintains. At Softaculous we understand that Updates mean a much more secure script and better safety of the server. Also users benefit of the new features available in newer versions of scripts. We always try our best to make available the Updates ASAP!

Import scripts directly or from other Auto Installers 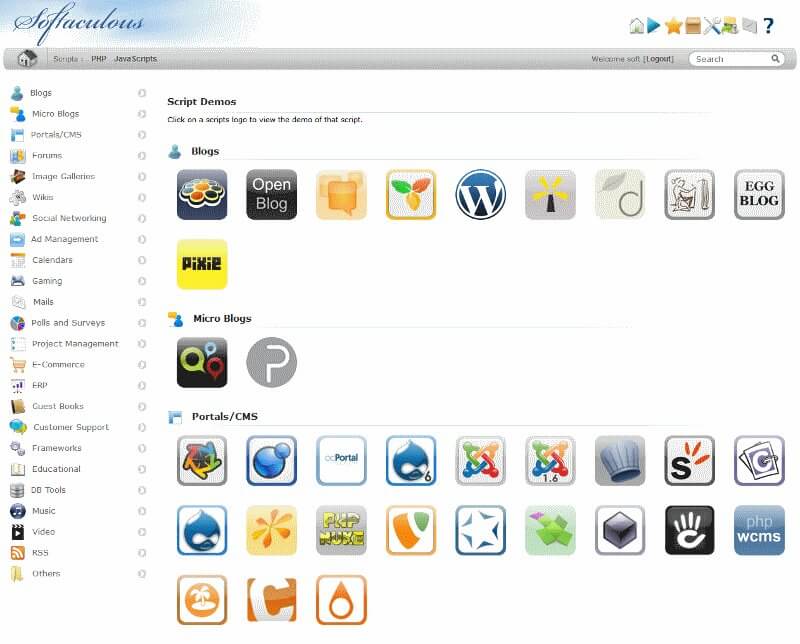 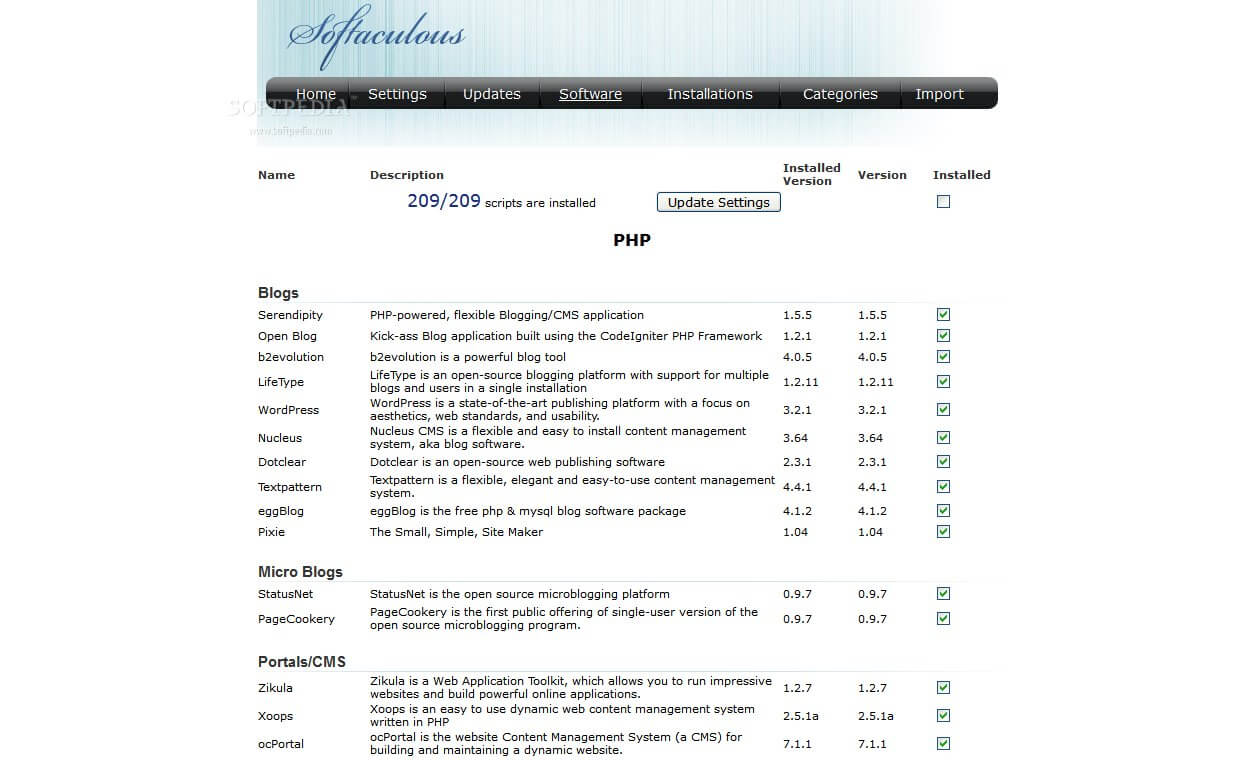 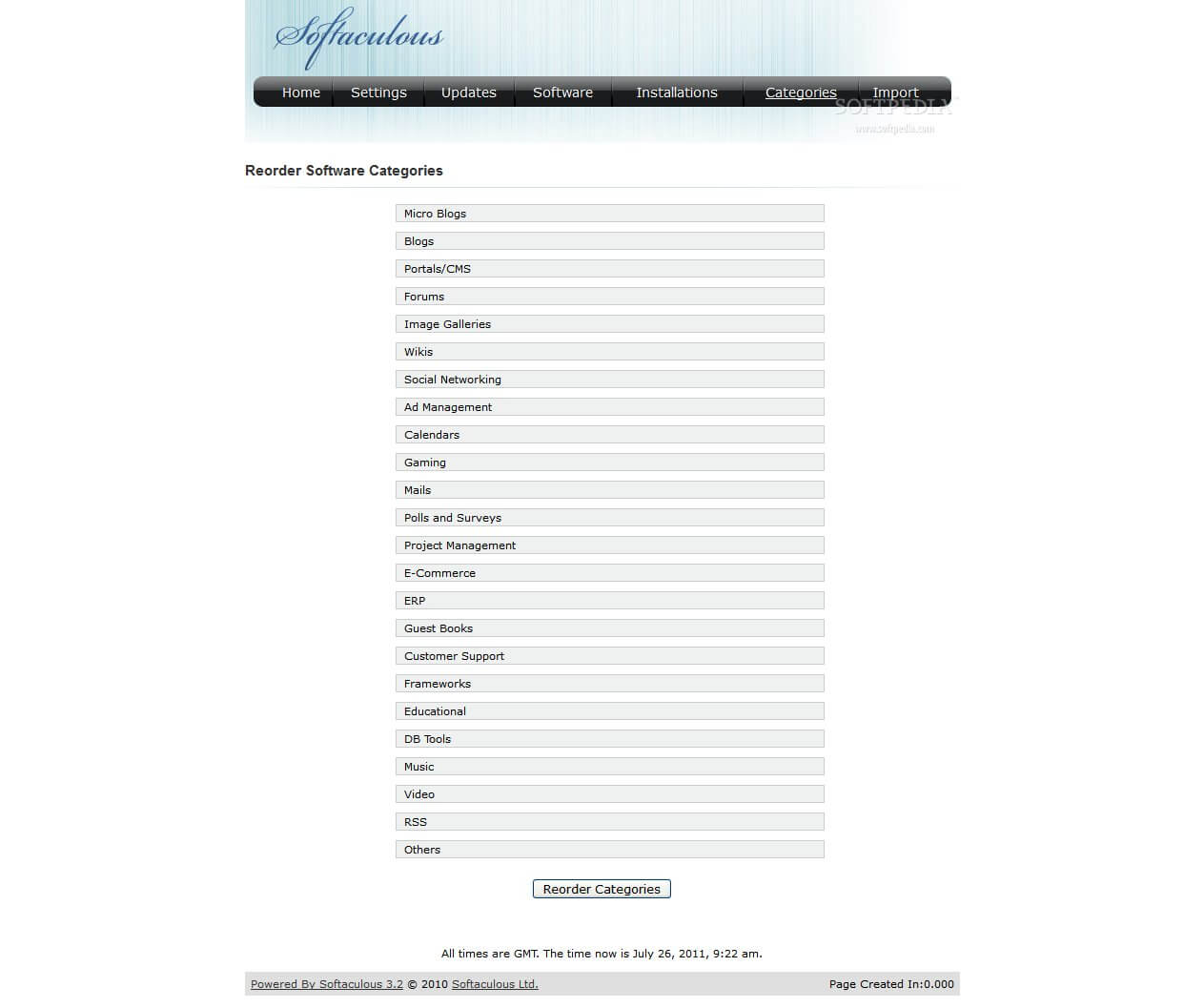 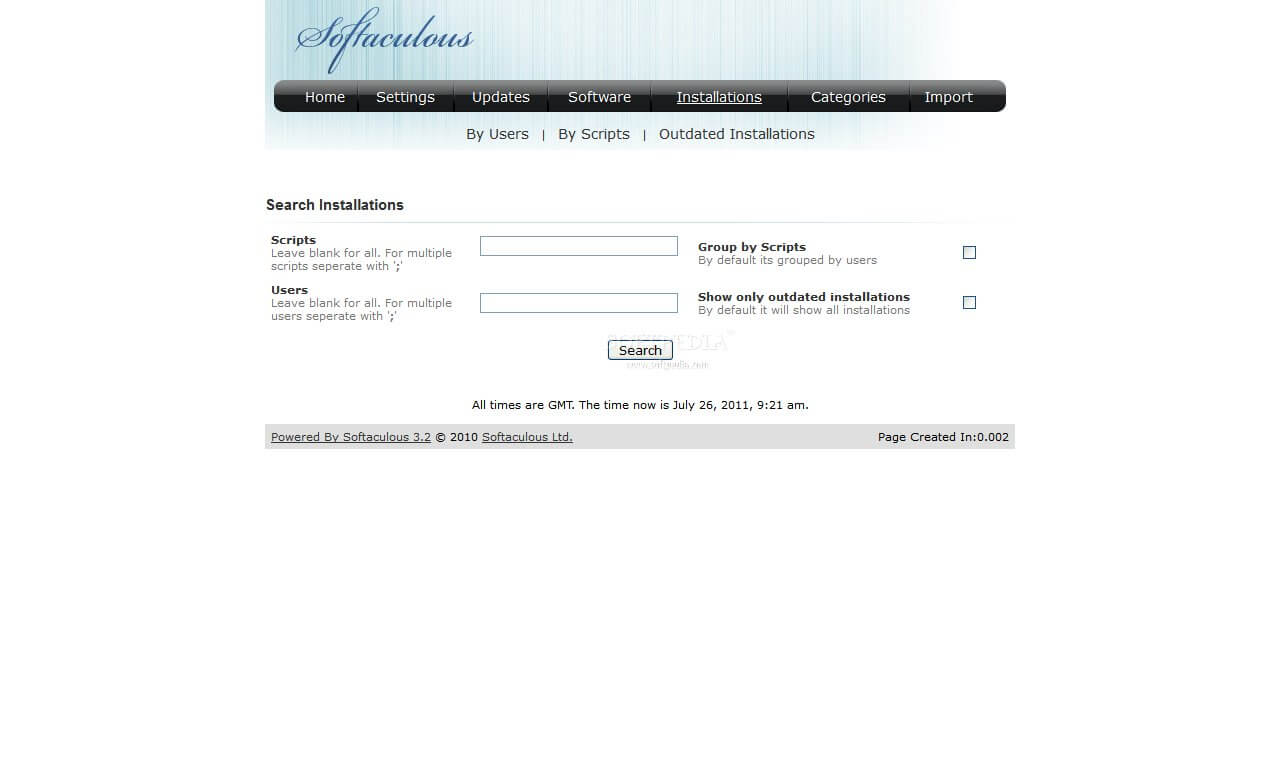